One of the applications you will find here, X32ReaperAutoMate – is shown below in action:

With a robust, integrated, full-featured transport system, you will experience the freedom of mixing out of the box using the control surface and audio engines of these consoles – no plug-ins required!

A very good question to ask yourself is “Do I really need this software?”   If you own or operate either an X32 or M32 console and play DAW tracks back through it for any purpose, then the answer is a resounding “YES!”

You’ve made a sizable investment in your console.  Up your game with the missing link between the console and Reaper or X-Live!

Don’t waste the potential of your console by using it as a control surface and write automation envelopes in Reaper!  Use the wonderful palate of it’s audio engines! As for X-Live, X32XLiveAutoMate completes your X/M32 desk with powerful Automation.

It’s called “AutoMate” because not only does it add world-class Automation and transport controls to REAPER or X-Live sessions, it also “Mates” the console to REAPER or X-Live audio in a way never before possible, so you can concentrate on mixing, not mousing around on the computer.  X32’xxx’AutoMate is essential for modern workflow requirements!

In the old days of 2″ 24 track analog tape machines, we would put the tape machine in the “machine room” away from the control room, and isolated.  The only thing on the desk beside the console, was the remote control for the multitrack.  Like those professional production environments, X32AutoMate puts transport controls on the User Assign buttons so you do not have to touch your computer to do the following operations:

X32ReaperAutoMate and X32XLiveAutoMate handle all the transport functions while you’re setting up and automating your mix.  When it’s time to record, simply arm your stereo mixdown (a set of REAPER tracks, or a USB stick file), and press Record on the Transport.  The mix will play back with, or without automation per the On/Off button setting.

Before I go any further, let me point on one very important fact: No matter if you are using Reaper or the X-Live card for recording, you can record your console setup and mixing moves during a live show for automated mixdown of the tracks later!  Audio is recorded pre-fader, but you can take the automation file and apply it to those tracks in the studio.  This has never been possible before.

OK, you’re running late and the band wants to get out of there and go to dinner.  You’ll be eating behind the desk tonight, but fortunately you’ll have one hand free because you don’t need to use the mouse!  Start the application, connect, and the transport controls are right at your fingertips.  Put the laptop behind you, out of the way – you won’t be looking at it for awhile.

The band didn’t give you enough time of course.  They did a few minutes and split.  Now you have to make adjustments from your DAW tracks.  This is the part you dread because you have to go back and forth between the computer and the console.  But, now the transport controls are at your fingertips.  Need to mark and move between marks?  Got it!  Need to create a loop and turn on Repeat (and delete the loop and turn it off later)? Got it!  All those things you need to do with a mouse are on the transport in the X/M32 User ASSIGN section of your choice!  When you have everything setup, save the Scene in your X/M32 (optional), but be sure and save it in the application too.  Now for the cool part:

You record the entire show along with automation, with a press of the Record button.  After the show, you save Scenes to the X/M32 and your mixdown file using the application (saving Scenes in the console is entirely optional).  Later, the band wants a mix of the show.  You recall your saved file in either X32ReaperAutoMate or X32XLiveAutoMate, and start mixing with full automation!  And, your starting point is right where you left off, with full EQ, Dynamics and FX and all mixing moves you made during the show!  The mix is fully adjustable and editable too.  It just doesn’t get any easier!

Another nice feature: you recorded your show with an X-Live Add-on card attached to your X/M32 which is probably the most secure way to ensure your audio is recorded right, and ran X32XLiveAutomate during the full show. Back at the studio, you can perfect you Mix, or create a stunning recording in adjusting all effects, etc. by using either the X/M32 with X-Live SD card for audio source or use the Mix you created with REAPER, directly as the automation files between X32ReaperAutoMate and X32XLiveAutomate are 100% compatible.

For all the reasons above, professional sound companies need to have X32ReaperAutoMate or X32XLiveAutoMate on all their machines along with Reaper or X-Live.  You could find yourself with a new revenue stream by recording and professionally mixing artists you supply sound for.  Given the fact that your engineers have mixed these shows dozens of times, the recorded automation is going to be very close to the final production mix.

When executing productions that playback either pre-recorded stereo mixes/tracks (and you can use the application(s) for those sub/mixes) mixed with live inputs, the timing of the show is tied to the playback of the tracks.  Typically, the engineer loads Scenes (or the scenes are loaded by MIDI commands) at appropriate times along the timeline of the show.  Simply automate those scene changes, and concentrate on the live inputs!  After you tweak the mix to perfection with X32ReaperAutoMate or X3XLiveAutoMate, your productions will play back with precision that you could never get with a manual mix and without the hassle of external MIDI devices.

Your production will be repeatable and consistent, show after show.  Save and Load functions allow an unlimited number of variations on the same show.

You never really know that your MIDI connections are not working, until they fail on you….

Many HoWs record services and provide them to the congregation members after mixing.   X32ReaperAutoMate or X32XLiveAutoMate is just what you need!  Your job just got easier!

The usefulness of X32ReaperAutoMate and  X32XLiveAutoMate in the studio is obvious.  Whether cutting tracks, or mixing them down, the transport controls alone are worth the price of the product.  With X32ReaperAutoMate, it is possible to achieve mixing precision that rivals any of the large-format consoles costing thousands of dollars more than the X/M32!

And now the latest version has added Automation Suspend mode, which allows you to temporarily disable up to 2 tracks of automation while the automation is running.  This is very useful when you want to drop a new performance into a production that has already been completed, and hear the production mix playback with automation except on the channels you are using for recording.  For example, you love the mix but you want to record a new bass track.  You can play back your perfect mix and see just how that new track fits in with the rest of the production.  When you’re finished dropping in the new track, turn Automation Suspend mode off.

People like me who have lots of professional mixing experience would rather work with a console than a mouse and keyboard.  Plus, dealing with plug-ins, licenses, dongles, etc., can be rather bothersome.  Now, nothing at all is stopping you from applying whatever plug-ins you want in Reaper while mixing in the X/M32.  But as anyone who is familiar with the X/M32 knows, you can get as good a mix as any bigtime studio.  But here’s something you might not have considered: X32ReaperAutoMate and X32XLiveAutoMate not only save you money on studio mixing fees, they also assist you with important functions like creating Stems packages for your customers!  You simply Solo the tracks you want recorded and run the song with Automation On, and record to a stereo mixdown track. You now have a stem that is faithful to the entire released track.  Couldn’t be easier.

Have Laptop, Will Travel….

If you’re working at a venue or HoW with your own laptop, you can take the laptop back and mix your recorded REAPER tracks or X-Live sessions on your own studio X/M32.  If you are working with a fixed-installation computer system, just upload the venue’s X32ReaperAutoMate or X32XLiveAutoMate files in the cloud so can mix in the studio later.  Even if you didn’t record automation at the venue, at mixdown time in the studio, you will be starting right where you left off with the console set exactly how you saved it at the venue.

Now it’s possible to share mixing data between REAPER and X-Live projects!  X32ReaperAutoMate and X32XLiveAutoMate are a collaborator’s dream product!

With X32ReaperAutoMate and X32XLiveAutoMate, Educators can create example mixes for their students to study.

The possibilities are limited only by your imagination….

The last thing that I want to leave you with is this: X32ReaperAutoMate and X32XLiveAutoMate are premium software that will make you money.  It pays for itself on your first mix!  This is just the beginning – new features are being added continuously.

Don’t take my word for it – download your evaluation copy today! 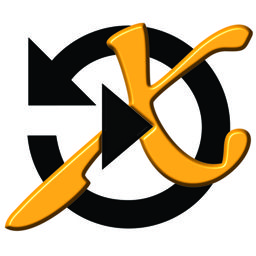